Home » Working Cows with Scratch on the Bar SZ

Working Cows with Scratch on the Bar SZ

Working cows in open country is so much fun.  The Bar SZ Ranch was once the home of the famed 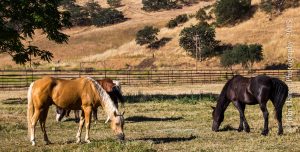 Sire, Doc Bar.  It is now an event ranch where people go for family reunions, weddings, and corporate retreats.  We traveled there to spend a weekend with our horse friends and ride the ranch.

This was one of the more fun videos I’ve produced.  After telling Bar SZ Ranch manager, Tim Borland, I wanted to see how Scratch did working cows, he rounded up his Kabota and we took off.  With my wife, Ranae, sitting in the co-pilot seat we first went to the south side of the ranch.  Scratch did well having the little tractor driving right along side of him.  And, Ranae did a wonderful job of getting footage and she was bounced around by the open trails.

We found a small group that needed to be moved and circled wide.  “Jerry” the bull was lounging in the spring sun.  He was a bit reluctant to move, but Scratch did well.  He is a confident horse and is not afraid of much once he is given the chance to assess the situation.  Going over open country with the squirrel holes, uneven footing, and fallen branches can put stress on some horses.  Not Scratch.

We go all the cows up and moving and then it is just a matter of not rushing them.  A calf tried to duck away and we had to go back for it.  Sometimes you have to dip and dodge through bushes and brambles, but most of the time working cows is all about just keeping them moving forward.

There were a couple of streams to cross.  When a horse is focused on a job he rarely worries about things like water crossings.

I think Scratch rather liked the whole experience of working cows. 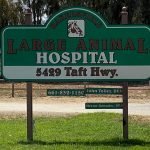 The Importance of a New Veterinarian How important is a newly graduated veterinarian to an established practice?I worked as a animal care technician in the 1970s and was lucky to see a few new grads added to the practices I worked at. They always brought a new energy to the practice, not to mention new styles and techniques. The established doctors gave them the experience of working outside an academic environment in exchange for the latest in … END_OF_DOCUMENT_TOKEN_TO_BE_REPLACED